Anyone who speaks regularly can benefit from Talk Like TED. TED speakers have become well-known and well-respected for bringing great talks on a wide variety of topics. Learning some of the elements that make them so effective will help any communicator up his or her game. As someone who speaks regularly, I read whatever I can on the topic of communication, so I can keep growing. I found some real gems in Talk Like TED.

The power of story-telling is not a new idea, but I found it a helpful reminder. In particular, I grabbed hold of the fact that stories help the speaker and his audience connect emotionally, in a way that simply giving information or data can never do. And as someone who wants to move people when I speak, it was a great reminder to invest as much time in finding great stories as in finding great content.

The second thing I took note of was the idea that people love learning. There is real power in bringing new ideas to people. It’s a great way to gain a hearing and increase impact on your listeners. As I have thought about it, I realized that that is really true for me. Being in the church for many years now, I’ve heard an awful lot of teachings. It’s rare when I hear something new. But when I do, I perk up. It’s something I pay attention to, and something I appreciate. That takes a bit of work—it’s far easier to not take the time to find those gems—but the payoff is worth it.

The last thing I’ll mention that I took note of was the insights they shared on how our brains work, and the implications for communicators. Because of the way our brains are wired, we tend to remember information that comes to us in a variety of ways. We remember pictures and words better than we remember words alone.

In light of that, “it’s far more effective to explain concepts using multiple methods of sensory inputs – such as auditory, visual, and kinesthetic.” Again, that takes work. I know, I’ve tried. It means putting as much time into how we present as we do into what we are presenting. For many of us, that goes against the grain. Some of us resist the idea because it smacks of salesmanship or even manipulation. But in thinking that, we actually ignore how God has designed us. It’s not manipulative to take that into account as we think about how to communicate; it’s just wise. And anyone who wants to be an effective communicator will pay attention to that.

There is a lot more in the book, but those three things were what I took note of. How about you? Share what you took note of. I’m also interested in hearing what you would add—what have you learned about effective communication that wasn’t mentioned, or that you would emphasize? 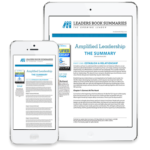